The Story of Our Conservation Initiative

The Story of Our Glow Worm Sanctuary

Glow Worms are delicate animals which are only found in Australia and New Zealand. Because the Glow Worms are so rare, tourism and deforestation create stress on glow worm populations, particularly in the Gold Coast area. Visiting our site is a sustainable, ethical way to see glow worms while contributing to their ongoing conservation. The Tamborine Mountain Glow Worm Caves and Glow Worm Tour were created in 2005 as the world's first glow worm sanctuary, specifically to address these concerns. As an eco-certified activity, visitors are able to observe glow worms in a safe environment without harming the animals, making Mount Tamborine's Glow Worm Cave one of the most sustainable ways to experience glow worms. Read more facts about Glow Worms.

As the only captive glow worm colony in the world, we take our responsibility to these animals seriously, and our mission is to protect this species and educate the public on the Glow Worm habitat and their importance to the local ecosystem. 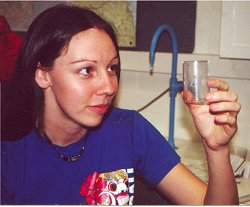 Our cave was created in 2005 with the help of glow worm expert Dr. Claire Baker, for the express purpose of protecting and breeding the local glow worm species, Arachnocampa flava. With a founding population of 300, our team of biologists began caring for the colony which has since grown to over 8,000 glow worms over time. Since rainforest colonies are harder to protect, our glow worms live in a cave built to meet their unique habitat needs resemble their natural environment..

Visiting glow worms at a managed colony allows for up-close, safe interactions with these animals, and helps prevent pollution and damage to wild glow worm sites. By keeping a reserve population of the Arachnocampa flava species, our cave ensures that this species will never face extinction.

Glow worms aren't our only focus; our property is home to a reforested wildlife corridor, a stretch of native rainforest planted with the help of Landcare Australia, Land for Wildlife, Scenic Rim Council and local Tamborine Mountain organisations. Our guides help manage our rainforest in order to provide natural habitat to a host of native Australian wildlife, including platypus, squirrel gliders, emerald spotted tree frogs and more! By continually investing in our environment, we hope to ensure the survival of local species for years to come.

One current project is installing a variety of nest boxes for squirrel gliders, as part of the Queensland Glider Network. Glow Worm Cave staff is also working with local environmentalists to install native bee nesting boxes around the property, to provide increased habitat opportunities for these vulnerable species.

Visitors can explore a portion of our habitat on our boardwalk while learning about the various species who call our estate home. 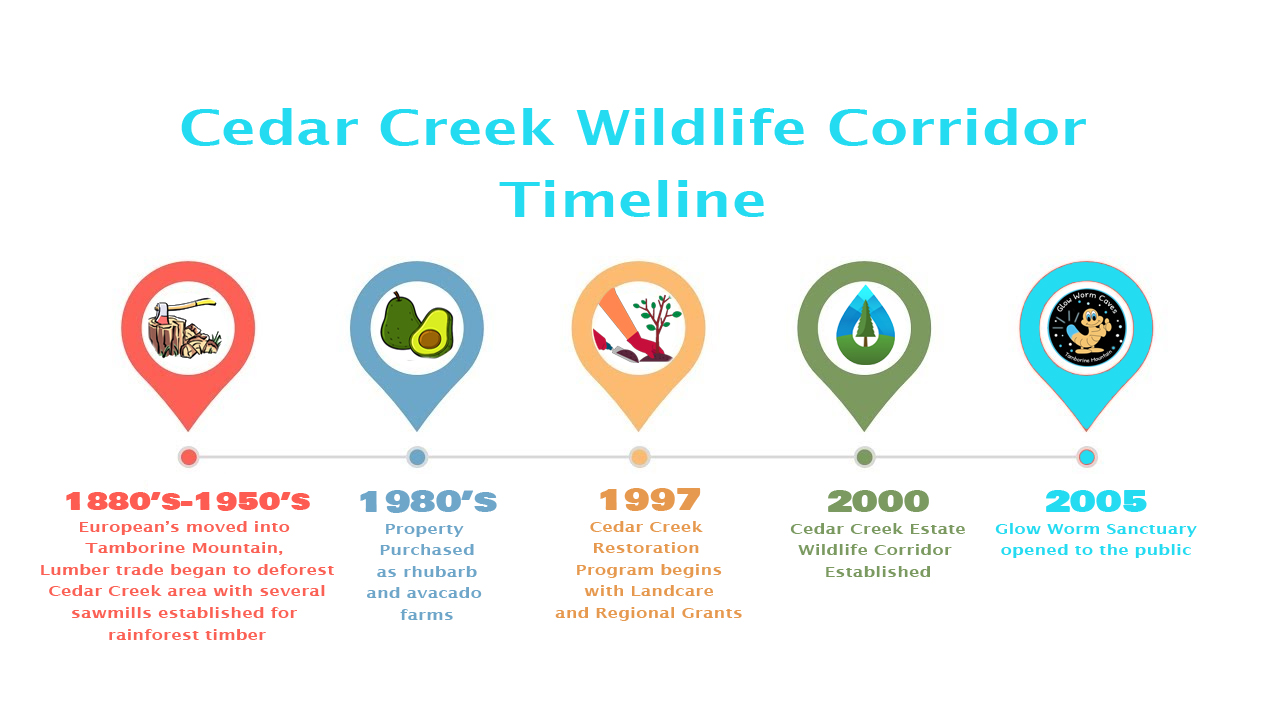 Our team of guides are committed to educating the public on the importance of conserving wild glow worms and their wild habitat, and through our tours, our team teaches thousands of people every year how to protect glow worm colonies.

Surveys of visitors have indicated that 70% of guests have never seen a glow worm before visiting us, so we are in a unique position to teach visitors how to interact with and live alongside glow worms safely and sustainably through our glow worm sightings in ideal conditions.

Guides have also presented research at local wildlife conservation conferences and workshops, partnering with Wildlife Tourism Australia and Wildlife Queensland to increase academic and tour operator knowledge on glow worm species. If you are interested in working with our team on a research project or educational initiative, please get in touch with us at glowworms@cedarcreekestate.com.au.

Glow worms are nocturnal and rely on sunlight to set their daily rhythm. Shining torches on the insects signals them to 'switch off' their bioluminescence. To get the most out of a glow worm display, make sure your torch light is directed at the ground.

As glow worms prey on small insects, it is best not to wear insect repellent and to refrain from smoking or lighting fires in their environment.

As well as residing in caves and under rocky overhangs, glow worms can also be found along creek embankments and beside walking tracks. For this reason it is important to remain on designated walking tracks to prevent accidentally stepping on them. If you keep to the track you will also protect the habitat of the insects glow worms prey on.

Please look, but don't touch. Glow worms are sensitive to disturbance and will switch off their lights and retreat into a crack if they or their snares are touched.

TripAdvisor Ranking
#1 of 15 things to do in North Tamborine

Most Recent Traveller Reviews
Jan 20, 2021: Great tour! I found this tour really interesting to hear about the conservation of glow worms something I never thought of. The guide was really informative and knowledgeable and happy to answer all questions. Recommend for anyone interested in learning about something different.

Sign up to our Newsletter for information, specials and deals.